As official supplier we are proud to announce that Emirates Team New Zealand’s America’s Cup victory in Bermuda in 2017 was recognised with both the Sports Team of the Year and the Halberg Supreme Award at last nights 55th Halberg Awards, the country’s pre-eminent event to honour and celebrate sporting excellence and raise funds for the Halberg Disability Sport Foundation.

“Obviously this award is about ‘team’ so I am accepting the award on behalf of the 90 team members and their families that came together against so many more odds than people realise but believed in each other to work so relentlessly for three years to win back the America’s Cup.”

The Halberg Supreme award was decided from the winners of the four main categories, Sportsman of the Year (Tom Walsh), Sportswoman of the Year (Lisa Carrington), Disabled Sportsperson of the year (Sophie Pascoe) and Sports Team of the Year. 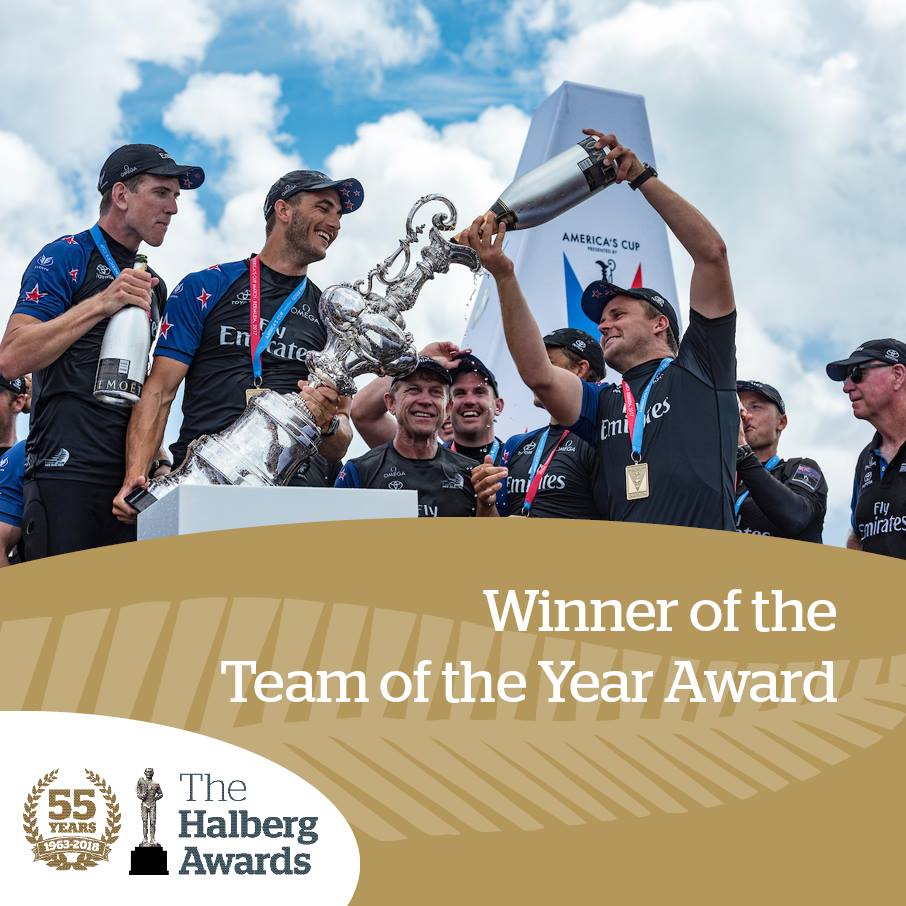 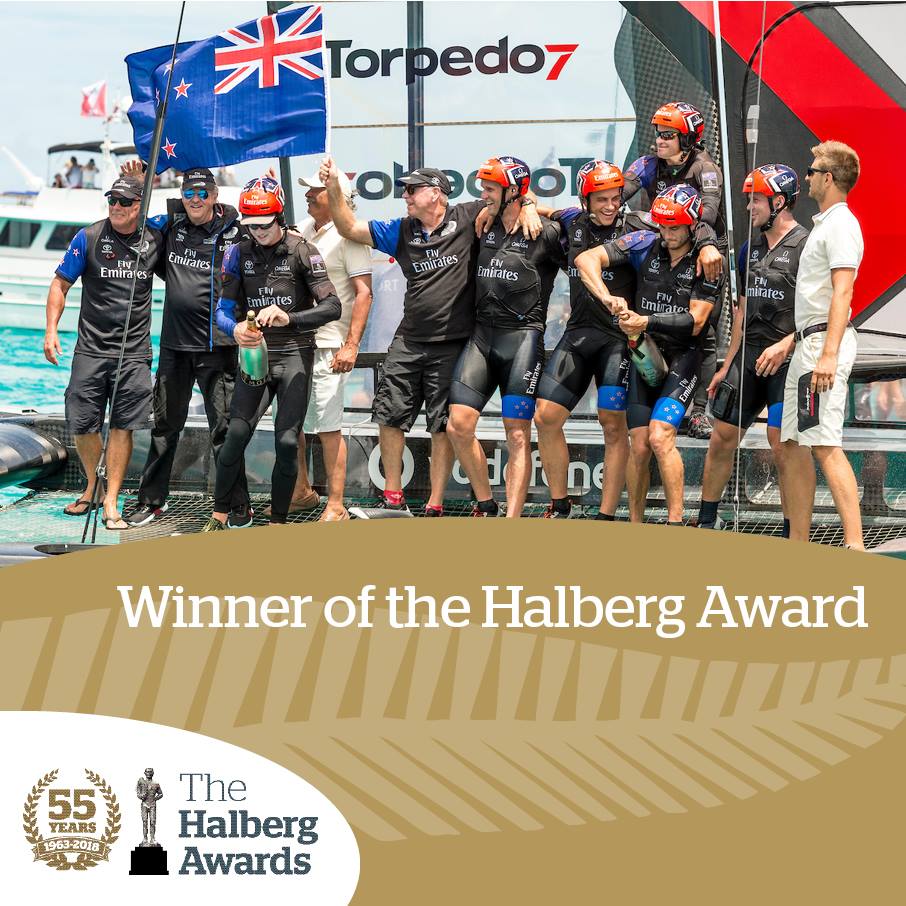 “I am especially proud of the team because of the effort and collective drive everyone had to win. There was no single person in the team that was deemed more valuable than the next and the effort and determination that was required to win in Bermuda, was done for each other which was more powerful than any individual motivations.”

“It is a really special occasion to be able to reflect on what we achieved last year, but like all of the sports men and women at the Halberg’s we realise that with one achievement another objective immediately begins and we are really delighted that by winning the America’s Cup in Bermuda we now have the opportunity as a sports mad country to host the best America’s Cup ever in New Zealand in 2021.”

The category winners of the Halberg awards were: